Are You Unknowingly Sabotaging Yourself?

Have you ever said you wanted something only to realize that your behaviors are in conflict with what you say you want?  I have…and more times than I’d like to admit!  I see this with others too including prospects and clients.  It’s frustrating as hell.  When it’s me I can a do something about it, but not so much with others.  That’s why I decided to blog about it.

The truth, is actions do speak louder than words.  It’s the result of our conscious and sub-conscious minds not being in sync.  And yes, that’s a tweetable!

It’s estimated that approximately 3% of our processing powers come from our conscious mind while 97% are unconscious.  So how do you get them in sync?

I didn’t have a clue until recently.  In fact, I didn’t consciously understand why I was sabotaging myself until one day Marie Folio dropped the video below in my inbox.  Marie is someone I’ve been following on and off for some time now. She is an amazing personal development trainer.  Personal development may have nothing to do with marketing, per se, but it does play a role in our decisions and actions.  Confused? You won’t be after you watch this video.

When I first watched this video I had an ah ha moment.  I already knew I was sabotaging myself, but the ah ha came when I admitted I’d been avoiding the specifics.  Looking at the specifics of what’s holding you back can be scary and freeing at the same time.  It’s important to know that awareness is the first step to making change.

Share what it is you want that you aren’t getting?  Tell us how Dr. Collautt’s 5 step process might help you right now with the subconscious beliefs holding you back.

Quote of the Day

Search for it here. 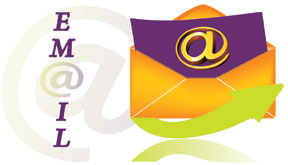